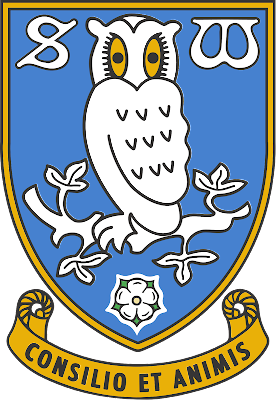 In November 2019, the EFL brought charges against SWFC for misconduct in relation to the sale of Hillsborough stadium.

Charge 1 – SWFC included the sale of Hillsborough in their 2018 accounts, when it appears the stadium was not officially sold until 2019.

The reason why SWFC sold their stadium and included the sale in the 2018 accounts was so that they could comply with the EFL’s Profit and Sustainability Rules (the EFL’s version of financial fair play) for the 3-year period 2015-18.

SWFC argued that assertions made by the EFL at the time gave rise to a ‘legitimate expectation’ from SWFC that it could be included in the 2018 accounts. These assertions were made in emails from EFL employees. The Independent Disciplinary Commission made it clear this was no defence because employees of the EFL have no powers to waive or change the requirements of EFL rules.

SWFC claimed that they had entered into a heads of terms agreement which was dated before 31 July, this would allow them to include it in the 2018 accounts (a heads of terms agreement is an initial agreement between two parties over the most important issues). However, other evidence, such as Land Registry documents show that the sale was not actually made until 2019, in the following summer.

The auditors who signed off on the accounts did not seek legal advice on the terms of which the sale was based, nor did SWFC. The Commission found this agreement was not legally binding and the sale of Hillsborough should not have been included in the 2018 accounts. After being removed from the 2018 accounts, this meant that SWFC had breached the Profit and Sustainability Rules for 2015-18.

As per the EFL Regulations, the sanction for this is discretionary. In determining that SWFC should receive a 12-point deduction, the Commission considered SWFC were over the upper loss threshold by £18m (the Sanctioning Guidelines state there should be a 12-point deduction if over by £15m+).

In determining that the point deduction should be applied for the 2020-21 season and not the 2019-20 season, the Commission considered the EFL’s delays in bringing charges, the impact of Covid-19 and the fact the EFL was not seeking immediate sanctions in the Derby County FC case (see below).

Charge 2 – If the heads of terms agreement was created before 31 July, then SWFC had deliberately concealed it from the EFL.

SWFC had not told the EFL about the agreement during a meeting on 3 August 2018. However, this charge was not fully established because the EFL had investigated the matter poorly, they had not asked key people for statements and not given SWFC the chance to respond to the investigation. Furthermore, there was no evidence that before 31 July anyone at the club had made the assertion that there was no agreement.

In April 2018, DCFC forecast that they were going to exceed the £39m allowed under the Profit and Sustainability Rules. To comply, DCFC sold Pride Park in June 2018 to their owner, Melvyn Morris. Shortly after, the EFL confirmed that DCFC had complied.

Following this, the issue then became the valuation of Pride Park and whether £81m represented ‘fair market value’. DCFC had used an independent valuer, but the EFL is entitled to challenge a valuation in the situation a transaction is done between two related parties (as a club and their owner are).

In early 2019, the EFL suggested £81m was “not a materially unreasonable price”. However, Middlesbrough FC got involved by claiming the sale had not been ‘carried out at arm’s length’ which is a requirement under EFL Regulations and means the buyer and seller must act independently. Middlesbrough FC threatened arbitration proceedings against the EFL unless the EFL investigated.

The EFL asked a second independent valuer to produce a report. This came back valuing Pride Park at between £42m-£50m. In January 2020, during a meeting of EFL executives, the decision was made to replace the £81m with the £50m valuation.

Charge 1 – Using the second independent valuation, DCFC was therefore no longer in compliance with the Profit and Sustainability Rules for that 2015-18 period.

The Independent Disciplinary Commission confirmed it was no defence that the EFL had previously confirmed and accepted the £81m valuation, the EFL could revisit the matter. Also, DCFC could not rely on representations by the EFL because they were not “clear, unambiguous and devoid of relevant qualification”.

However, the Commission decided that the EFL had not done enough to prove the £81m was not fair market value, and hence DCFC were entitled to use the first valuation in their accounts.

The Commission also preferred the evidence given by the first valuers over the second valuers:

The second valuers had made calculations based on average attendance, the stadium being a ‘bog standard’ middle-of-the-range stadium, and comparing other stadiums (MK Don’s, Colchester’s, Chesterfield’s etc) which have a cost-per-seat of around £2000 to build.

Whereas, the first valuers had made calculations based on actual maximum capacity, the stadium being a higher standard because of its bowl-type structure and capacity to expend seating, and comparing other stadiums (Brentford’s, Brighton’s, Wimbledon’s etc) which have a cost-per-seat of around £3000-4000 to build.

Charge 2 – DCFC changed the method of amortisation in their accounts, which the EFL deemed to be an unacceptable method.

Usually, the cost of a player is spread evenly over the period of the player’s contract (for example, Neymar would have cost around £44.4m per year (£222 ÷ 5) in PSG’s accounts). DCFC decided to use lower amounts in the first years and a greater amount in the final year (if applying the Neymar example to DCFC’s model, year 1-4 would be say 3m per year (=£12m) then year 5 would be £210m).

This method has the effect of decelerating costs and increasing profits to help a club comply with Profit and Sustainability Rules over a certain period. It helped DCFC reduce costs by around £30m in the 3-year period 2015-18.

The Commission decided that this was not a breach because there is nothing in the EFL Regulations that set out how amortisation should be done, and it does not break Financial Reporting Standard 102. However, the EFL has appealed the decision over this second charge.

In August 2018, BCFC were charged with breaching the EFL’s Championship Profit and Sustainability Rules (The EFL’s version of Financial Fair Play Rules) by recording losses in excess of £39 million between 2015-18.

Under EFL Regulations, a Championship club may be required to ‘submit, agree and adhere to a budget’. The main condition of the business plan was that BCFC must sell registered players to make a total cost saving of £10.5m (from sale profit, reduction in wages, reduction of amortisation charges etc) by 1 February 2019.

BCFC managed to make cost savings of £1.87m by the deadline. However, they were able to meet the target in the following summer transfer window, presumably after the sale of Che Adams for a reported £15m.

When the EFL brought a charge against BCFC for not complying with the plan, the charge was dismissed because the Independent Disciplinary Commission held there was an implied term in the plan that BCFC only need to use their ‘best endeavours’ to reach the target and BCFC had done this.

The Commission accepted that a consequence of the plan was it created a buyers’ market (which means other clubs reduced their offers knowing about the situation) and that the time limit of compliance was too short (only one January transfer window).

In deciding that BCFC had used their best endeavours to meet the target, the Commission also considered that Adams had been placed on the transfer market, but all offers received were below his market value. Also, the best offer received for Adams would still not have allowed BCFC to meet the target.

The EFL appealed, believing that, firstly, the IDC had made an error of law in finding an implied term of best endeavours and, secondly, in any case, BCFC had not used best endeavours. The wording of the EFL regulations means the business plan is a ‘budget’ to which terms cannot be implied and there was evidence that BCFC had received an offer in January for Adams which would have allowed them to meet the target which they rejected.

The League Arbitration Panel agreed with the EFL. However, BCFC were merely reprimanded because they had reached the target (just 5 months later), they complied with Profit and Sustainability Rules in 2018/19, and they had sold players in January 2019 for less than their value (albeit not Che Adams).

The main take away from the legal proceedings this summer is that a business plan between the EFL and a Championship club in the future will be binding and it will not be enough for a club to just use their best endeavours to reach a target. 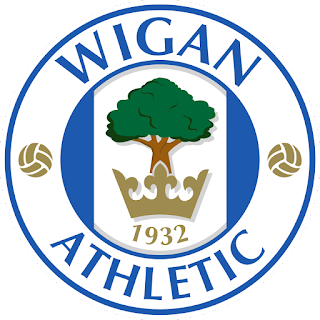 This summer, Wigan received a 12-point deduction after going into administration. This immediate sanction is mandatory under EFL Regulations (hence why Wigan had the points deducted this season, and Sheffield Wednesday have points deducted from next season).

Wigan appealed the sanction on the only basis allowed under the Regulations – Force Majeure.

This may be a successful option for EFL clubs that genuinely fall into administration as a result of Covid-19. However, this was held not to be the case for Wigan.

The Independent Arbitration Panel found that Mr Kay, Wigan’s Hong Kong-based owner, had made a commercial decision not to put any more money into the club. There was evidence that Mr Kay had approached administrators before he became owner without the knowledge of the club. It was, therefore, nothing to do with Covid-19, but a conscious business decision to “pull the plug”.

The Commission noted that the “owner did not have the best intentions for the club”. Which begs the question, what does the future hold for the Owners’ and Directors’ Test?

Maybe future owners should be forced to, in the event of administration, underwrite the losses of their club. This might prevent owners from making decisions which are best for them but not for the club or fans. It would also ensure future owners do proper due diligence before dealing with a club.