What More Can the Sporting Industry Do to Tackle Racism? 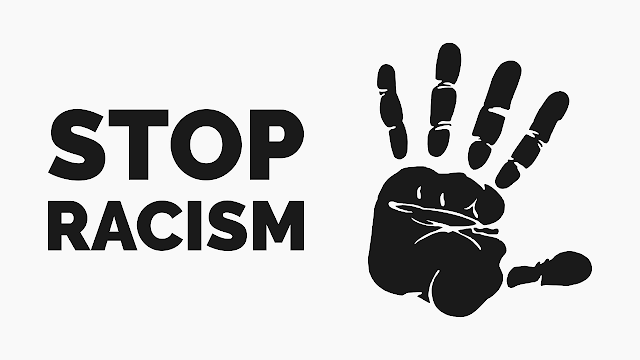 The sporting industry needs to be at the forefront of tackling racism, especially given the media and public attention it attracts. It can be said that sport exacerbates existing racial tensions, both for a minority of fans who see sporting events as an acceptable outlet to display such attitudes and for the athletes or coaches, who in the heat of moment use racial slurs to target an opponent. Because these actions are publicly punished and condemned, and because many initiatives and organisations have already been created to address the problem, it could be easy to suggest the sporting industry is actively tackling the issue to the best of their ability. However, the problem evidentially still exists, and although this is nowhere near an extensive list of things that can be done, this article is going to highlight some areas the sporting industry could look at to help tackle racism.

First established by the NFL in 2003, this rule ensures that a club must interview a black, Asian or Minority Ethnic (BAME) candidate when recruiting for coaching or backroom staff positions.

The rule has been discussed a lot since then, and in 2018, the FA adopted the Rooney Rule in relation to recruitment at the national team level. Last summer, after an 18-month trial, the EFL became the only sporting league in Europe to start implementing the rule.

However, despite the positive intentions, there are issues in having such a rule. Kick it Out, the organisation which tackles discrimination in football has noted that clubs can get around the rule, for example, by bypassing the legitimate recruitment process altogether and having the next manager already lined up before dismissing the current one.

Prominent players such as Kieran Dyer and Titus Bramble, and most recently Northampton manager, Keith Curle, have highlighted another issue when they stated they do not want to be part of a ‘quota’. This begs the question, does implementing a rigid rule really tackle the underlying issue of racism or further polarise attitudes?

And what impact does the Rooney Rule actually have? It is interesting to see that after an initial jump in BAME head-coaches in the NFL (22% in 2006 up from 6% in 2003), as of 2020, the NFL has only 3 BAME head-coaches, the same amount as before the rule was implemented. The rule has not had the desired impact in terms of statistics, but what it has done is ensure all NFL teams have an established recruitment process.

This element of transparency and openness in the recruitment process is something that is missing at the moment across many sports. Data is kept secret by clubs, so we do not know how many BAME candidates have applied and been interviewed.

Instead of any quotas or rules, clubs need to change the culture that surrounds recruitment, they could start by publishing recorded data regarding their recruitment process. Clubs should also give all candidates a genuine opportunity to apply, instead of the next manager being decided before the old one has gone. Having this data available would help shine a light on the issues with the current process and lead to positive change.

Punishments and the Decision-Making Process

There was a great deal of public criticism towards UEFA following the fine and two-game crowd ban given to the Bulgarian Football Association for the racist incidents that occurred during Bulgaria vs England last year.

Most sporting bodies publish their judgements in relation to all sanctions, not just racism, which helps understand the thinking behind why and how a decision is made. Therefore, we know the punishment for Bulgaria was mitigated by the fact it was only a “few spectators” and the previous sanction given to Bulgaria for racism was only “for a relatively small banner”.

In the recent judgement regarding the Leeds Utd goalkeeper, Kiko Casilla, mitigating factors included that it was a “one-off use of these words” and “completely at odds with his character” which meant the panel felt the recommended 10-game ban was “too severe” for using the N-word against an opposition player. The justice system should reflect contemporary attitudes in society, if it is proven that racism occurred, the punishments should be more severe. However, punishment is just one aspect.

In general, sporting bodies do a thorough job at investigating racism and finding proof, but there are potentially some things that could be implemented that would assist the process. Following the Kiko Casilla case, Jonathan Leko criticised the length of time (around 22 weeks) it took to investigate; one reason for this is the discrepancy in evidence over what was said. If microphones were deployed in sports to record what players say, then not only would the decision-making process be quicker and easier for sporting bodies, but also fewer incidents would occur.

The most effective method would be incorporating a small microphone into every player’s kit, as it has been in the helmets of NFL players. The recordings should not be made public and just used for investigations. However, this would not prevent incidents off the field (like in the recent Peter Beardsley case, where he made racist remarks on team outings and in the club gym), nor would it combat the issue of racism in the crowd.

In 2019, Millwall Football Club was fined £10,000 for racism amongst its supporters during its match with Everton. Again, there is criticism for the leniency of the punishment. Among other ‘action-plan’ points, the commission suggested Millwall should “consider” the use of body-cameras on stewards. This suggestion should not just be considered by a club, but potentially enforced by the relevant sporting bodies. As with microphones, the sporting industry needs to embrace these technologies to help detect, deter and evidence any incidents.

The excuse of ignorance should no longer be available. Incidents are still occurring far too frequently; one possible reason for this is because fans still believe in anonymity in a crowd. Body-cameras would be a step towards reducing anonymity. Consistency is needed across all sports and at all levels in implementation, but consistency is also needed in issuing lifetime bans from all sporting events for those involved, not just a particular club. This data should be shared amongst all sports clubs to enforce such bans, as well as passed to the police to ensure criminal proceedings are launched.